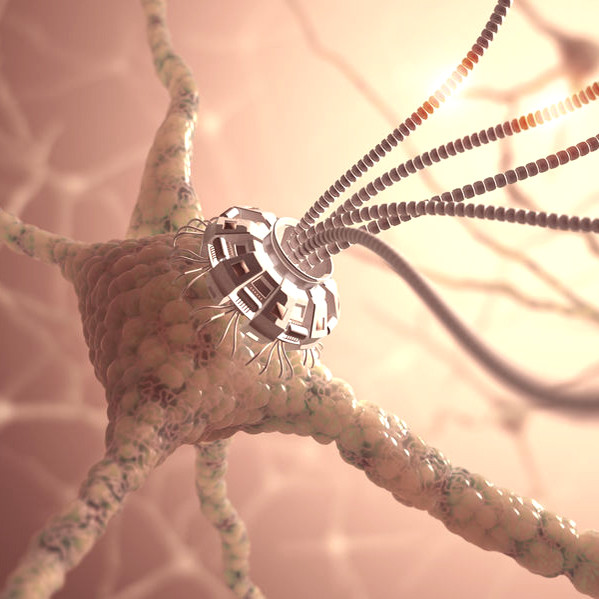 Neuralink, a company founded not many years ago by Elon Musk and others to develop implantable brain-machine interfaces that are designed to read and write, hit the market recently with remarkable updates: In a presentation around one quarter back this year, Elon Musk explained that the complexity of the wearable device has been dramatically simplified: while the old design had a sort of bean-shaped form that had to be placed behind the ear, the new prototype measures just 23 by eight millimeters and has 1024 electrode filaments that have to be implanted into the brain. To do this, there is a newly-designed surgical robot that inserts the filaments into the brain.

The robot has already been "tested" on some pigs. The animals had to have brain implants inserted: On the first pig with only one implant, signals were then read out when it touched the ground with its snout. A second pig was given two implants instead of just one, and here both were said to work in parallel. In a third pig, the implant was also removed, thus successfully evaluating that the process could also be reversed.

On the one hand, it is highly innovative to expand the human or rather any brain with brain implants, for example, to expand cognitive performance capabilities, or additionally to equip and connect the human brain with AI capabilities. On the other hand, however, this situation also raises ethical questions that relate not only to animal experimentation, but also to the question of whether humanity should follow this course.

Copyright: Neuralink is a trademark of Neuralink Corp.

Etiquetas: The Future
This website uses cookies, which are necessary for the technical operation of the website and are always set. Other cookies, which increase the usability of this website, serve for direct advertising or simplify interaction with other websites and social networks, will only be used with your consent.
Decline Accept all Configure